Whilst I write drafts of my AdeptiCon progress... whilst actually preping for the event... I've been playing in a couple of events.

On January 1st we had a tourney at our local store, titled "No Rest for the Weary". Yes, some people were hung over, but as a) I have kids, and b) I'm old, I was not one of them - I was in bed by 11pm!
It was a fun event with no soft scores, but some limitations on composition (no SH, LoW, smaller fortifications only...).
Some how I managed to go 3-0, and lost out on overall by one point (I tied my secondary objective in the final game and got zero battle points for it.... grrr..).
It was a really good event, and the turn out bodes well of a revitalization of year round, small, tourney events in the Metro Vancouver area.

Next up is Vancouver's first Highlander event, for which I suggested the name of "Toss Yer Caber" (it is being run by a Scot..) which stuck.

I have a hankering to play my Space Wolves - for the first time with the new codex.

Since 7e came out I've been somewhat skeptical about the psychic phase, hell I've historically avoided magic in Warhammer for many years. But with the Wolves I had an idea.

The HH books, in particular the Prospero arc, have hinted at the Wolves' belief that their powers are not warp driven but is "earth magic" from Fenris. This I can embrace. To this end I have been toying with the idea of the Malefic Powers, specifically the summoning of daemons; or in the case of Space Wolves "Spirits of Fenris".
The whole project took about 5 hours.

Here is my "Greater Daemon of Fenris". Built from a WE Treeman (obviously!). I'll run it as a Bloodthirster. 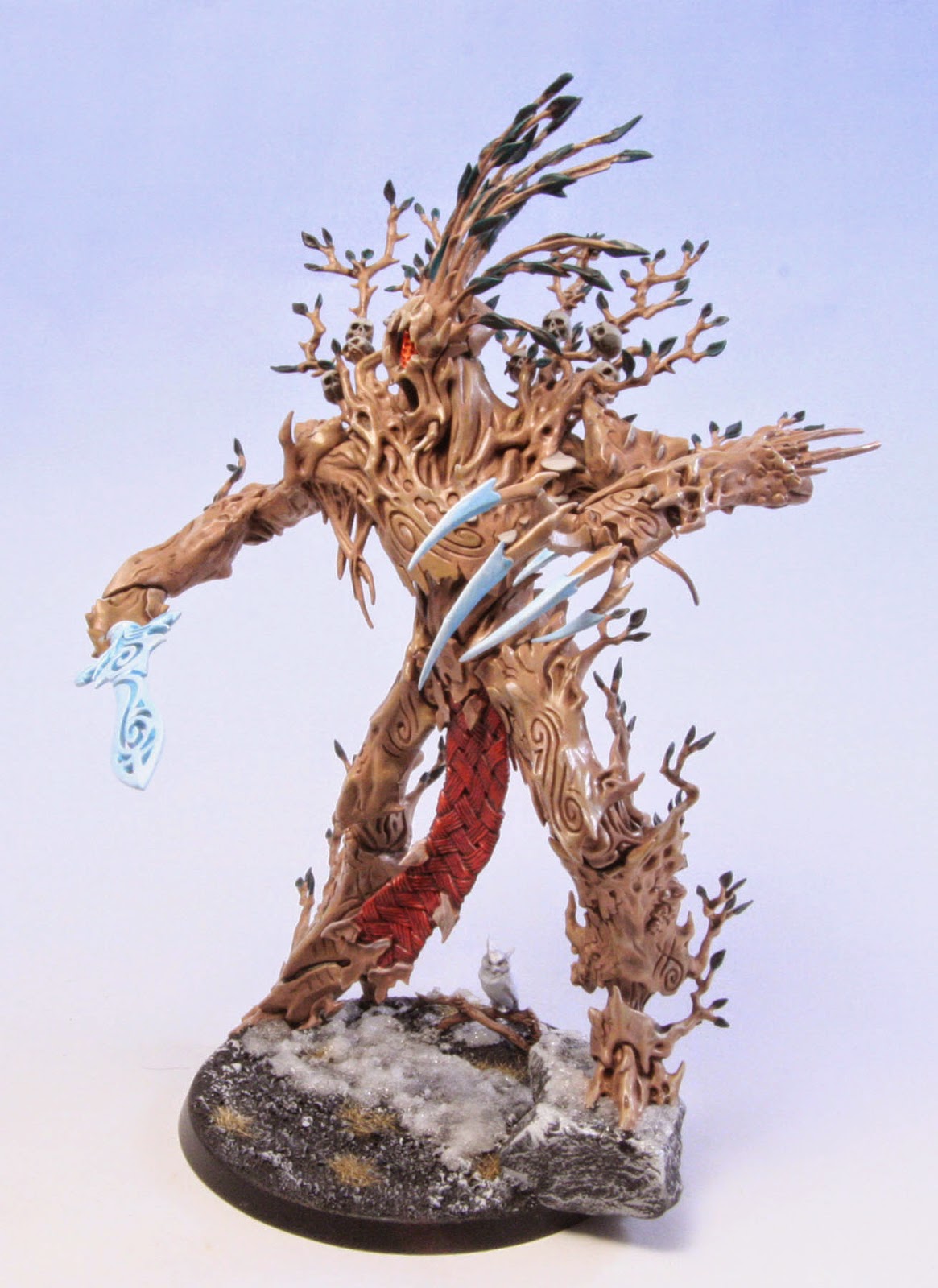 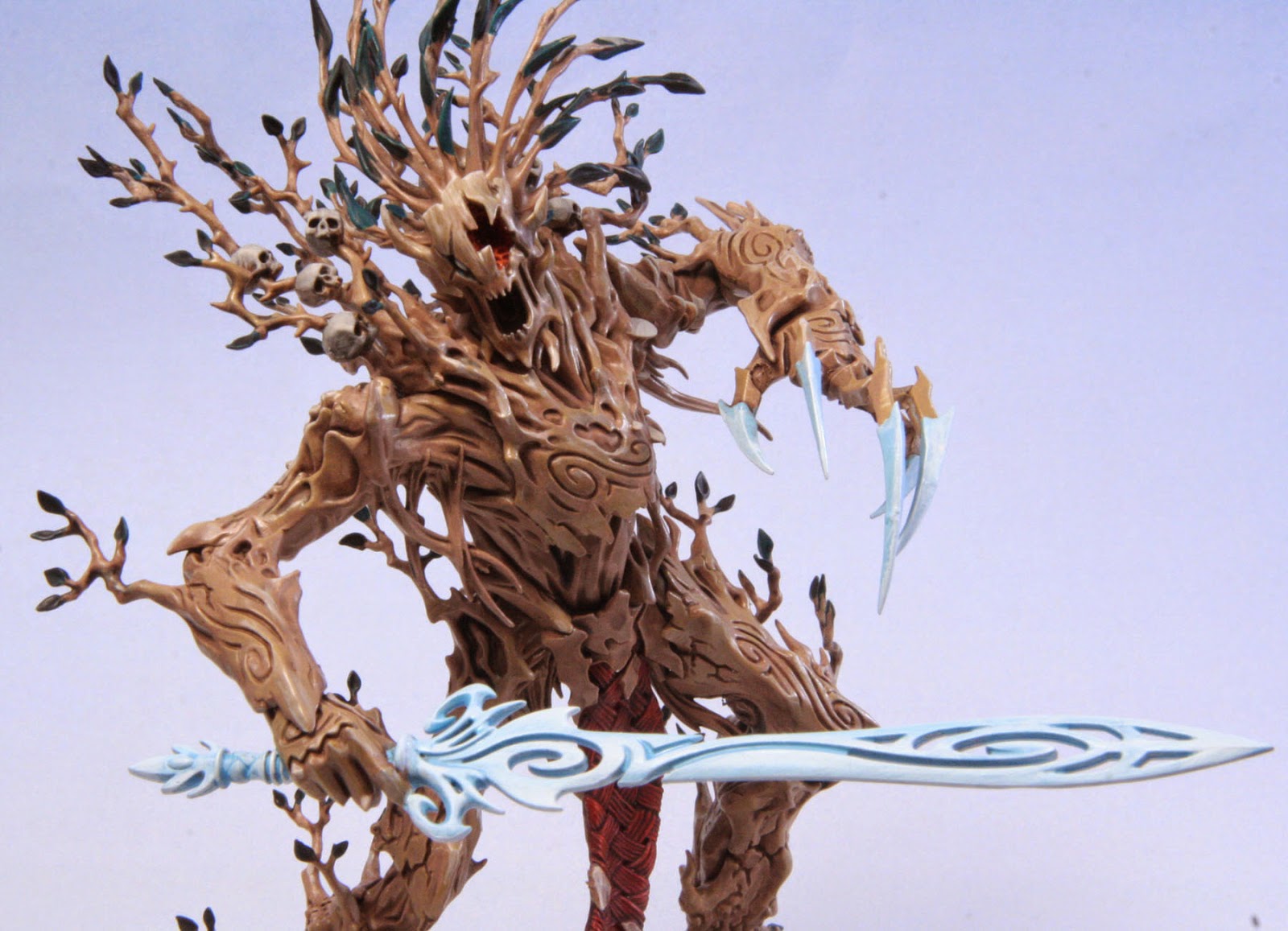 Snow, which is melting - done with Secret Weapon Miniatures product, represents the recent arrival from Fenris. The Snowy Owl... well, he is the psychic link! 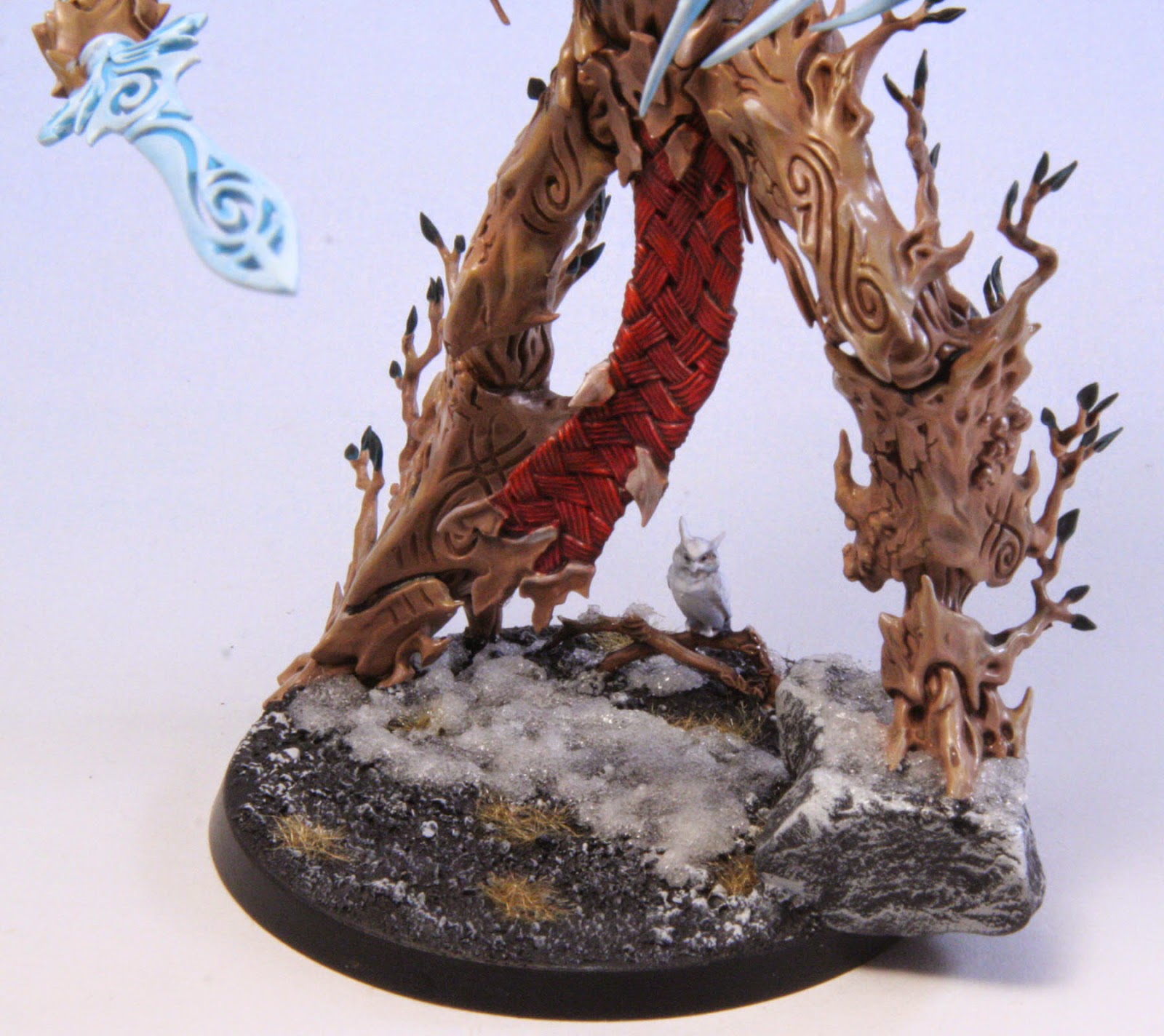 And of course, where the big guy goes, little ones will too.

Hopefully I'll get to use these next month - but not against loyal space marines...
I'll post how it went.
Posted by Jason Dyer at 11:07 AM No comments: