so back to the fun stuff...

These took about 2 hours to paint, I'll base them later when I have a few more tyranid models to do. I'm liking the look of the Codex so far, and look forward to trying out new combo's.
I'm sure I'll be one of about 50 Tyranid players at AdeptiCon! 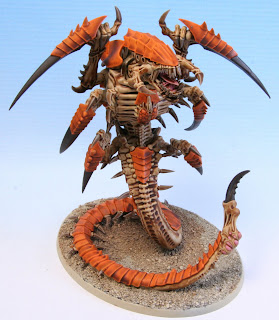 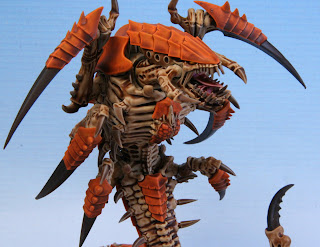 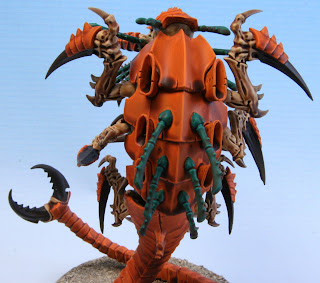 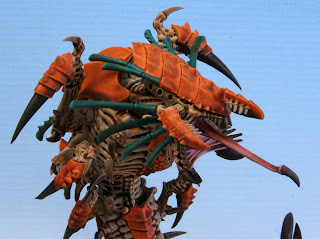 Cheaters - Why do they do it?

Well the short answer is because we let them...

Last weekend I played at the Conquest Seattle Slaughter; the first of the new GW Tournament Circuit. This happened to be my 30th GT since 1999 when I played my first at the same location (and on the same weekend IIRC).
This was the second year of this particular event, and by far a huge improvement over last year's. Yes, there were some "drama Llamas" out there over the club that had been scheduled to run it pulling out at the last minute (2 weeks "notice"), but the organizers pulled an excellent team together, and they worked on terrain for 2 weeks solid (one guy put in over 100 hours alone) and made the show work. I had a great time, and I look forward to next year's event (I'll blog my games when I have more energy).

Now those of you who read my blog (on the infrequent times I update it...) may recall last years write up and the shit-storm over the play-what-you-display issue. Now, I'll be the first to agree that this was not a breach of the rules per se. There is no such rule (well there is now!), but damn it was a thrashing of the spirit of our hobby, and as we English are fond of saying - it was not cricket (!).

The same guy was back this year. Predictably of course - he came second last year, and was gunning for a trip to Vegas. This is a going to be an on going problem with the way GW has designed this Circuit - everyone wants to kick ass... but I digress.

Once it was known he was playing there was a collective groan, and there was even a move to have him blocked from the event. We all knew going into the gaming room what his reputation was, and everyone pretty much dreaded a match up against him (I both dreaded and wanted one!). Well it turned out he played true to his nature. Comments about bad sportsmanship, whining when models were removed, slow play, pre-measurement - these were all in abundance all weekend. And lo and behold, at the end of day Sunday he walks off with the Overall Championship - and that treasured spot in Vegas.
Few applause, no hand shakes from enthusiastic buddies, no "well done mate!"...
So I hear a "WTF?" from you... yeah me too... I did not get to play him, and as all my games went to turn 5 or 6 I did not get chance to see the games. But others did... and they video taped it!

One of those videos can be found here, there is also a good commentary by the videographer here.

It is obvious from this footage that the player did cheat. You know what really got my goat about this? He scored 47/50 on Sportsmanship... yeah the same as ME. Me, who has won 4 GT Sportsmanship awards, who owns up to his mistakes openly, politely calls all his opponents on errors and scores his opponents fairly. FRAK.

So how did he get away with it - for all FIVE games. The opponents let him. Simple.
They. let. him.

Either they were scared of him (he is a big guy), or they did not want their scores affected by him sandbagging (chipmunking) them, or they were too stupid to realize the implications (which I doubt in this case). But either way, no one had the balls to stand up for what is right in the game - fair play.

Now some will argue that the Judges should have intervened. Well, firstly no one told them about it until after the fact. Secondly, note their role - Judges - not one of 3 Referees in a Soccer game, not one of 5 (?) in an NFL game looking for infractions, or even 3 in an NHL game. A Judge, who weighs evidence presented to them, and makes a decisions based on that evidence. Let's face it, in a room of 60 active tables, you can not have 60 "referees" watching the games. It is beholden upon the players to do something about it.

Complaining (even legitimately) after the fact is too late folks.

As a result of these videos, and player discussion, a tourney organizer has taken the bold step of banning the player in question. I applaud this, however, the Seattle GT has been sullied by this player (and I hope he gets beat down badly when he plays in Vegas, 'cos I know some of the guys who play at that level well, and they will NOT tolerate his BS!) two years in a row.

Will it ever recover its reputation as one of the best on the circuit? I played in the first 5 GTs that were held in Seattle, and of the first 20 or so I played in they were the best. I hope it does. But that will take a shift - a shift in the attitude of players; stand up for the hobby! A shift in organizer's attitudes - be willing to ban a bad player. And an education for this individual in the wrongness of what he has done to our hobby.

I hope I can be a part of all three of those "shifts".
Because I love this hobby.
Posted by Jason Dyer at 8:20 PM 6 comments:

Something I'm working on for AdeptiCon 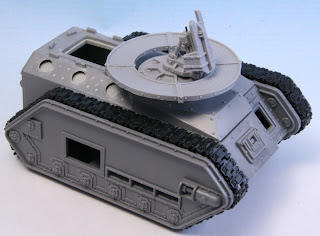